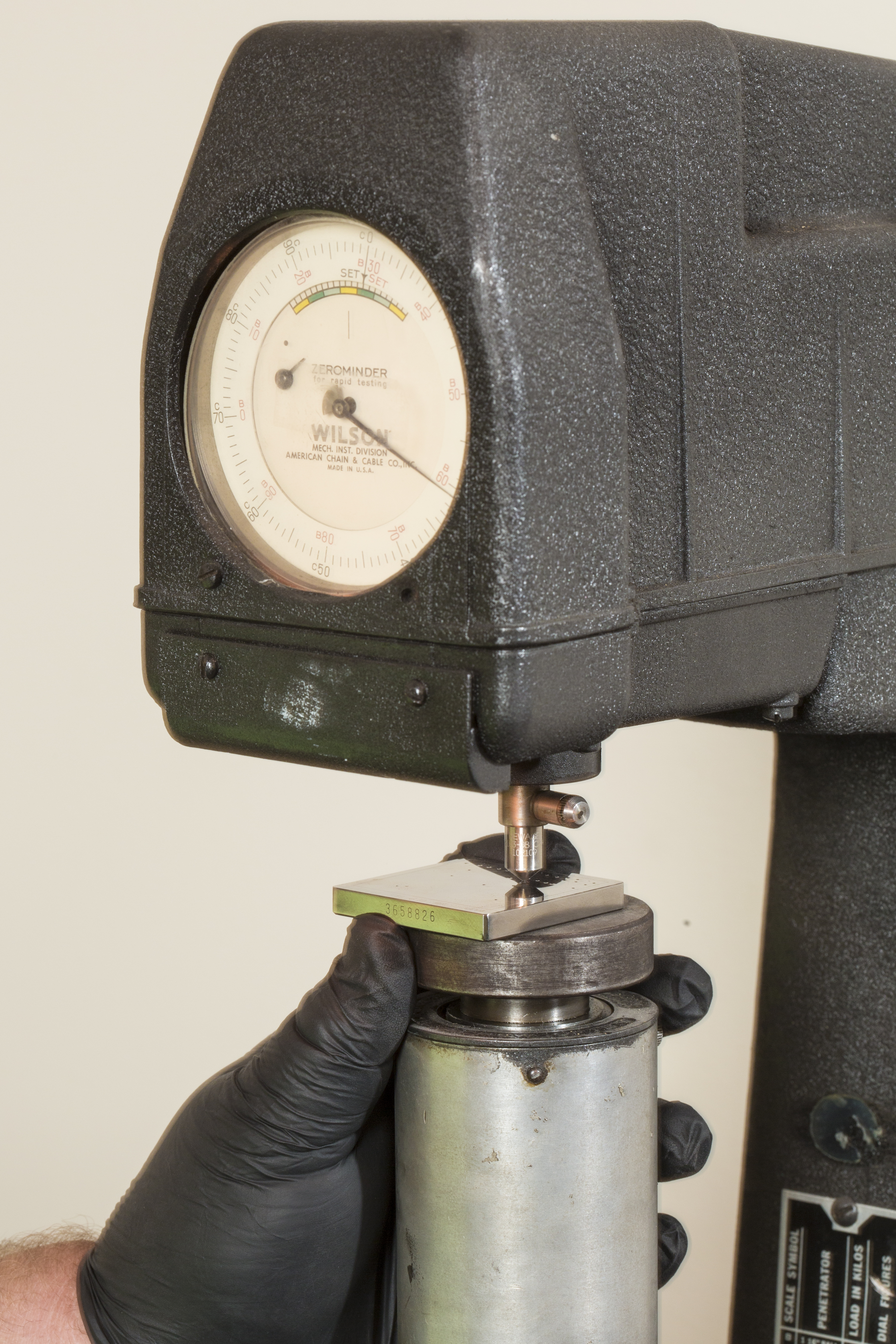 Looking for a method to quickly determine properties such as Tensile Strength, Abrasion Resistance, or just if heat treatment was performed in the expected way? Rockwell Hardness Testing is a simple testing method, which can be done quickly, and often times nondestructively to determine this information. Very commonly used as a confirmation of properties, hardness testing measures the amount of deformation under either a tungsten carbide ball, or a pyramid shaped diamond indenter. After pushing the indenter into the sample under very specific loads, the permanent deformation is measured and then calculated into a hardness number on one of the varying hardness scales.

While there are many hardness “scales” under different testing regimes, SPS Metallurgical Laboratories uses the widely known Rockwell Hardness in scales A, B, and C as described in ASTM A370 and ASTM E18. These values can be converted into Brinell Hardness or many of the other scales if needed.

Available in North Kansas City, Port of Catoosa and Port of Houston.